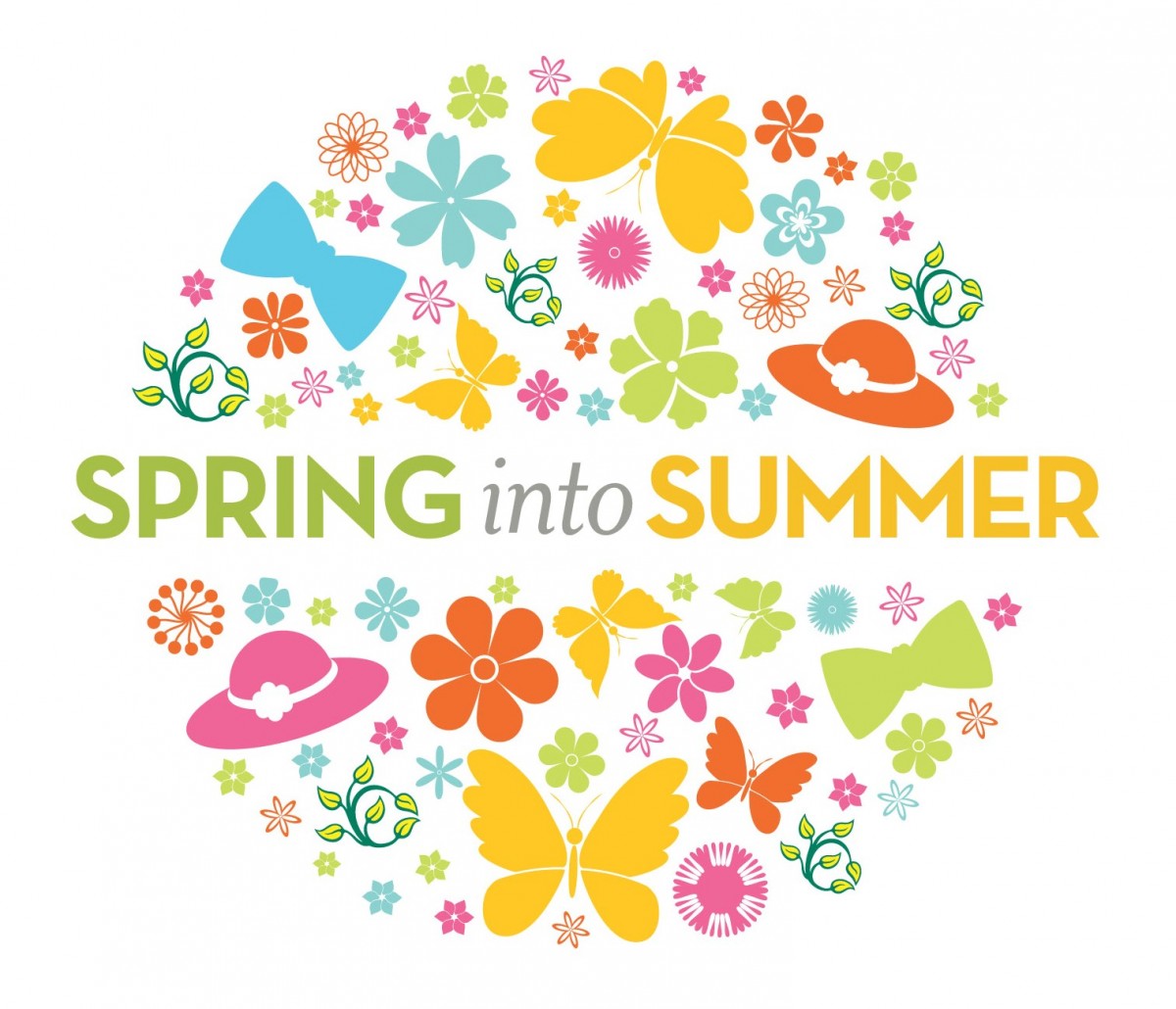 James and the Giant Peach

P.S.17 had a wonderful time during The James and the Giant Peach play! This play was based on Roald Dahl's book James and the Giant Peach. This was an awesome and amazing play! The directors had done so much hard work to make this play. Some P.S.17 students and MS.577 were actors in the play. The students of P.S.17 were  Xavier Acevedo, Sophie Anderson, Avianna Colon, Yadira Priruch. And from  MS.577 we have Janelle Rodriguez, Rayne Torres, Adrianna Brown and Gabby Piruch. This was a musical, so there was lots of singing and dancing. In the story James is very lonely, and he  drops magic Crystals at the old peach tree.  Then strange things happen! James found a door that leads inside the peach and meets  Grasshopper, Ladybug, Centipede and Spider. Then James found were he belongs.  With a snip of the stem the adventure begins. It was a fantasy and a  fun show to watch.

James and the Giant Peach

Our Pre-K students took their Moms on a trip to celebrate Mother's Day.  They went to a place called Twinkle, an indoor playground. The children got to play on slides and enjoy different activities like dress up, supermarket, and beauty salon.  After Twinkle they went to eat at an Italian restaurant called Bamonte's.  Lunch was delicious!  The children and their mothers had a wonderful time.

Kindergarten also had a Mother's Day celebration on  Thursday, May 9, 2019.  Mothers went to their childrens' classrooms for a tea party.  They drank iced tea, ate muffins, cupcakes, and sang  beautiful songs for their mothers. They had a fun time with their mothers.

Ms. LaRosa, our new gym teacher, started a new group called "Zumba."  In Zumba we learn different dances, and exercises.  Ms. La Rosa plays Spanish music, and other songs.  Sometimes students from the St. Nick's program join in.  We've had Kindergarten  through fifth grade students and some parents.   Ms. La Rosa is an amazing dance teacher, she helps us and shows us how to do the dances.  If you want to join Zumba,  look for us every Tuesday behind the L!brary.  We will be there at 2:30.

Grades 3, 4 and 5 had a great trip to Astoria Bowl  on Wednesday, June 12.  The bowling alley had cool colorful lights and there was music playing while we bowled.  All the students bowled, and even the teachers bowled.  We bowled for about two hours, and  had a great lunch of pizza and French fries.   It was one of the best trips I ever went on.  And everyone had SO much fun!

In art we have a new teacher, named Ms. Kimberly.   This is a special program sponsored by the Williamsburg Arts Council.  Ms. Kimberly teaches us to draw portraits using basic  shapes.  We also learned about sketching.   For our sketches we drew it in pencil first, then we used pastels,  which are like  crayons but with oil.  After we colored the sketches we used tissues to smooth it out. Our sketches are smaller  than the portraits which make them even better. It also makes me feel like an artist,  but not just me everybody else feels the same.   It is so different from our regular art class because we draw animals, buildings, and places. Were so grateful to have this program because it was a lot of fun.

Our 5th grade students had a wonderful time in  Philadelphia on Friday, May 31.  This was the longest trip for the 5th graders. The trip was approximately 12 hours. The 5th grade had a fun time in the coach buses  because they could play with their electronics. When the buses crossed a bridge, 5th grade got to see boats and a great view of the Atlantic Ocean.   When we finally arrived in Philadelphia the students got to explore museums about the beginning of America.  They went to Independence Hall.   Independence Hall is where America's government started. The Declaration of Independence and U.S. Constitution were both debated and signed in this building. There was a show in the museum explaining the history of America and how it was growing. There were statues in the Convention Center, the exhibit is called Signer's Hall. It showed life-size statues of famous people who signed  the U.S. Constitution.  The temperature was hot in Philadelphia, around 80 degrees.  Before we left everyone was happy to visit the  gift shop for souvenirs, and the snack bar.  It was a great day! 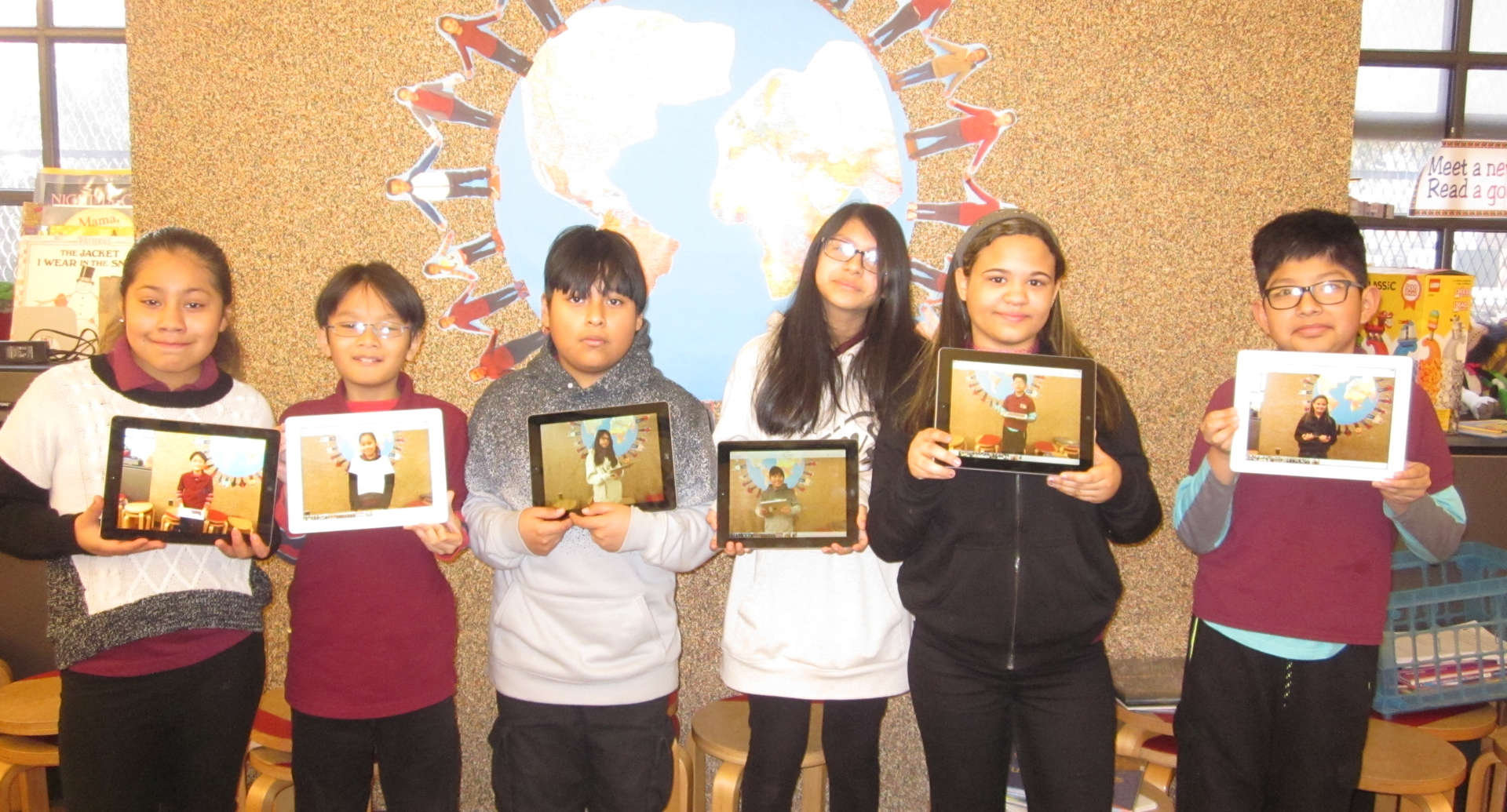 We had many questions when we interviewed Dr. Marchi.  We found out he has been the principal of our school for seventeen years!    Dr. Marchi taught Social Studies when he was a classroom teacher on Staten Island.   Now he likes visiting classrooms and seeing what students do. There is one thing he would like to change at PS 17, he would like to see more parents involved in the life of the school.

We also talked about the history of PS 17.  We didn't know this school  opened a long time ago.  Dr. Marchi thought The Henry D.  Woodworth School opened in 1922. We looked at some old pictures of  our school in a book from the Brooklyn Historical Society.  We found out the first PS 17 was built in 1843.  It was named The North Fifth School.  But that  school  got replaced by the school we have today.  This school has a lot of history!

We want to thank Dr. Marchi for taking the time to talk to us. 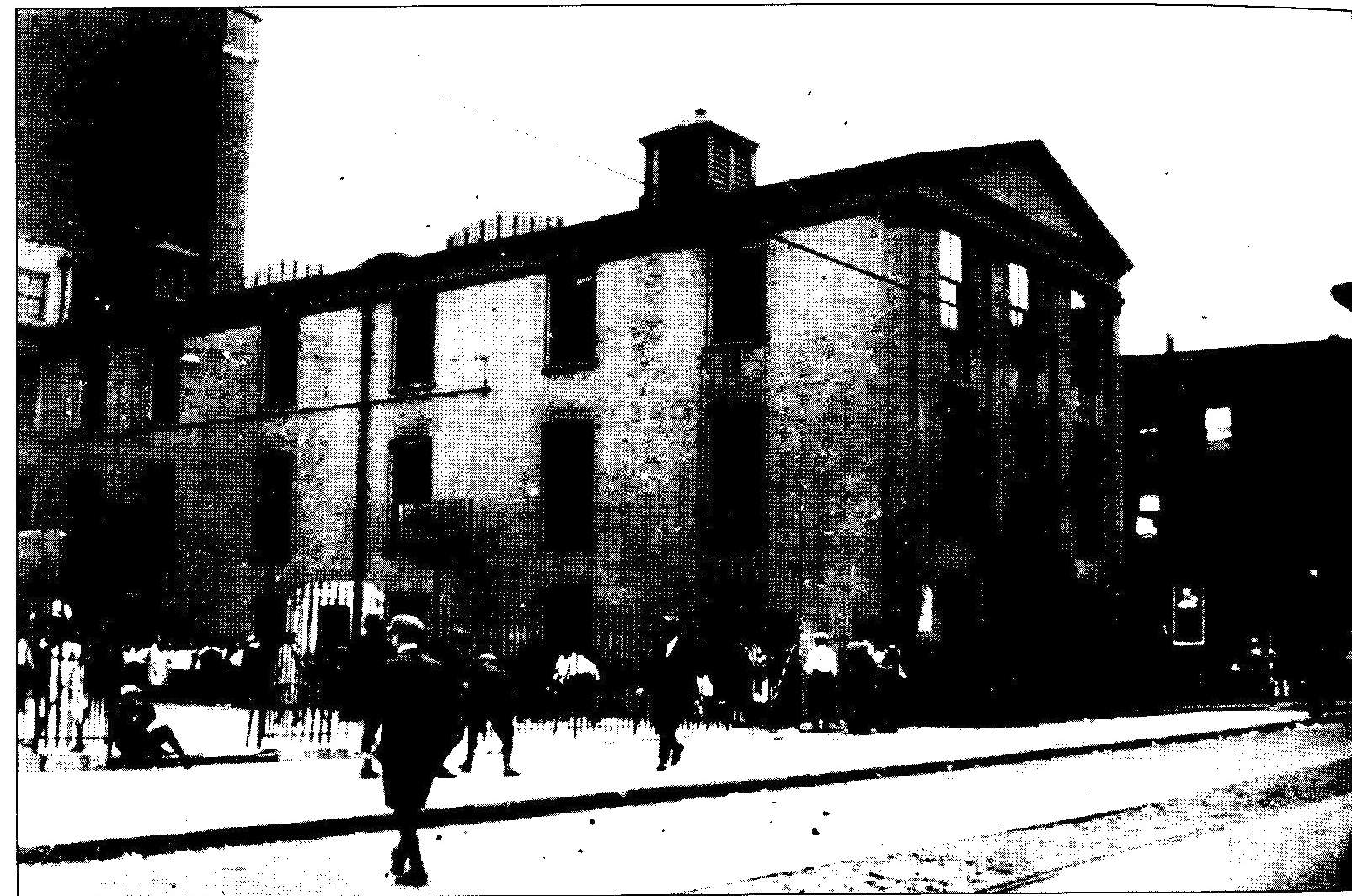 The following week Grades One through Five voted for Student Council Officers.  Delaivey was elected President and Andrea and Giovani had a  tie result, so we have 2 Vice-Presidents!  On Wednesday, November 21, we had a school-wide assembly and the Officers and classroom Student Council  members were all given medals and became our new Student Council. Good Luck to Everyone! 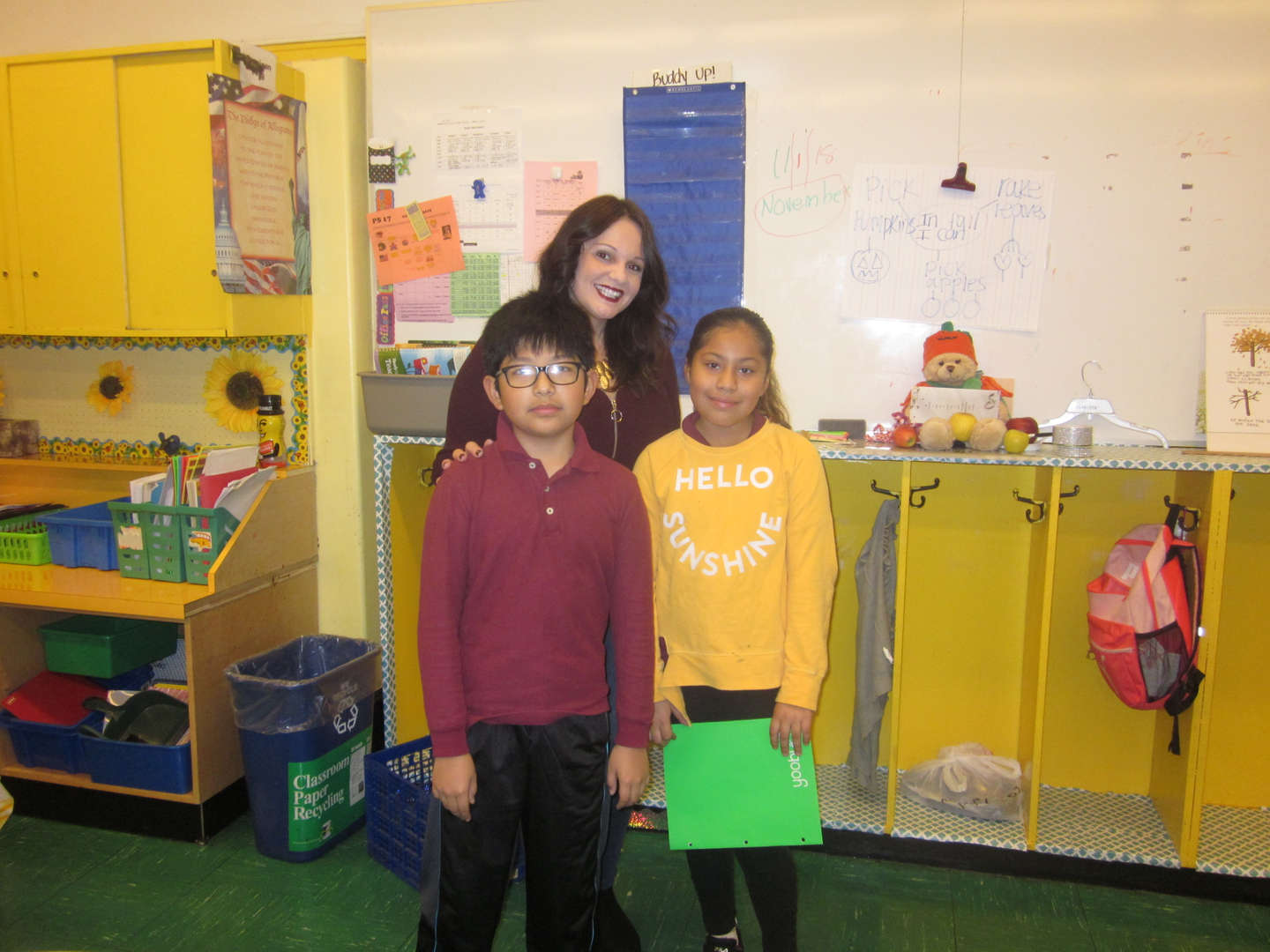 This is Ms. Shaw's first year at our school, but she has been a teacher for  seven years.   She has taught first grade, fourth grade,  Pre-K  and Kindergarten. She really likes teaching.   This year she is teaching Kindergarten with Ms. Basia.  She said they make a great team  because they help each other  and share ideas.   True teamwork.   Helping the Kindergarteners learn to be kind is very important.  The children are learning to help each other when it is time to clean up.  Now Ms.Shaw is planning a class trip to the New York City Transit museum.   We hope you have a great year, Ms. Shaw!

Our Kindergarten classes had a great time at  Floyd Bennett Field in Brooklyn.  It is an old airfield, but they went because Green Meadows Farm is now in Brooklyn.  The classes had a wonderful day filled with fall events.   They saw animals,  had fun on the hayride, and everyone took home a pumpkin!  Mrs. McShea said it was great for the students  "To learn about animals, and what they eat."   It sounds like everyone had fun!

Get real time school updates on your mobile device with eChalk Notify.

Connect with code G19YOY to get instant alerts or log in with your eChalk user account for the latest updates from all your classes and groups.